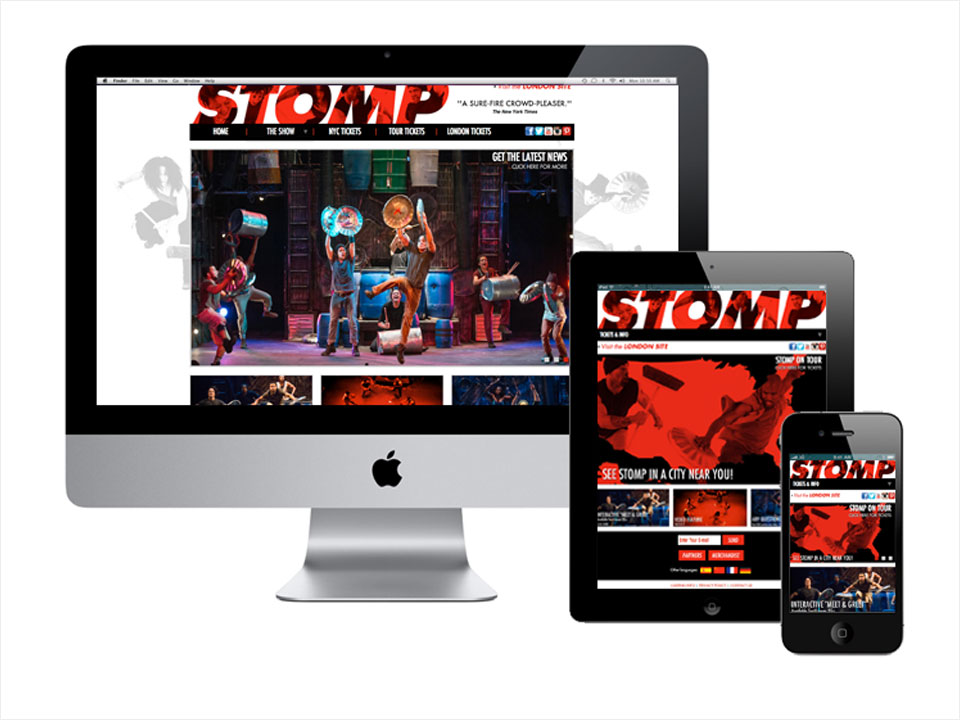 The primary site for STOMP is designed and developed to be 100% responsive across all sizes and devices. Unique features include a Social Media wall, a swipeable carousel, and of course the ability to purchase tickets to the show in multiple languages.

Toyota's FJ Cruiser is a unique vehicle that could only require a unique approach to creating this special site.  The team created a simple, printable PDF which could be assembled into a 3D cut-out that featured an optical illusion.   Mirroring the optical effect of the cut-out, the site's interface was a floating cube that rotated within a 3D space utilizing Flash ActionScript 3's 3D properties.   This project was in consideration for Cannes Cyber Lions in the Interface & Navigation category. 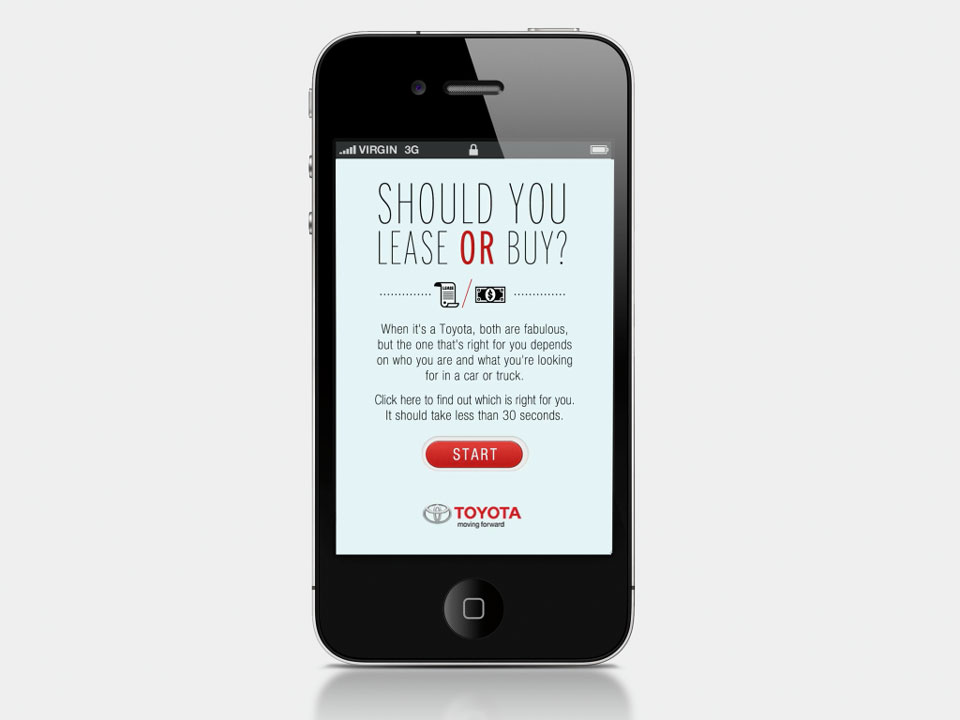 Toyota "Lease Vs Buy" for Mobile

This quick questionaire helped Toyota customers decide which financial option was the best choice for them. Leasing or buying? The mobile-friendly site uses jQuery and Javascript so that it will work seemlessly across all mobile browsers. 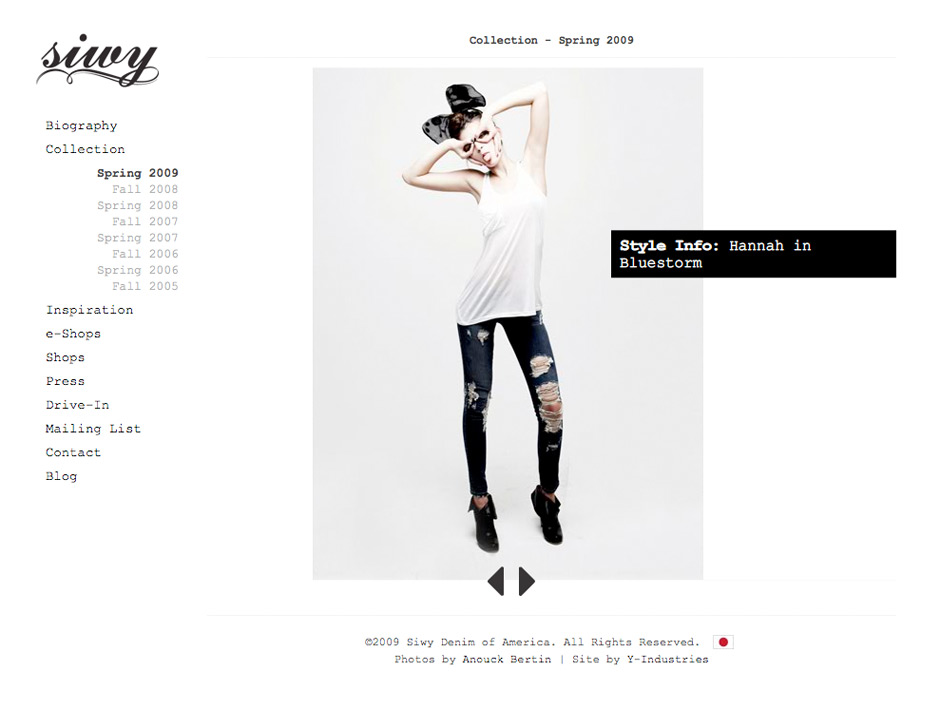 It was just a small room filled with stacks of jeans when we were enlisted by our first client, Michelle Siwy, to create a site.  The goal was to keep it clean, feminine and luxurious.  Several Flash features were implemented to allow users to easily browse through all the latest collections.  Over the years Siwy Denim blossomed into a big success and was associated with the highest profile celebrities. 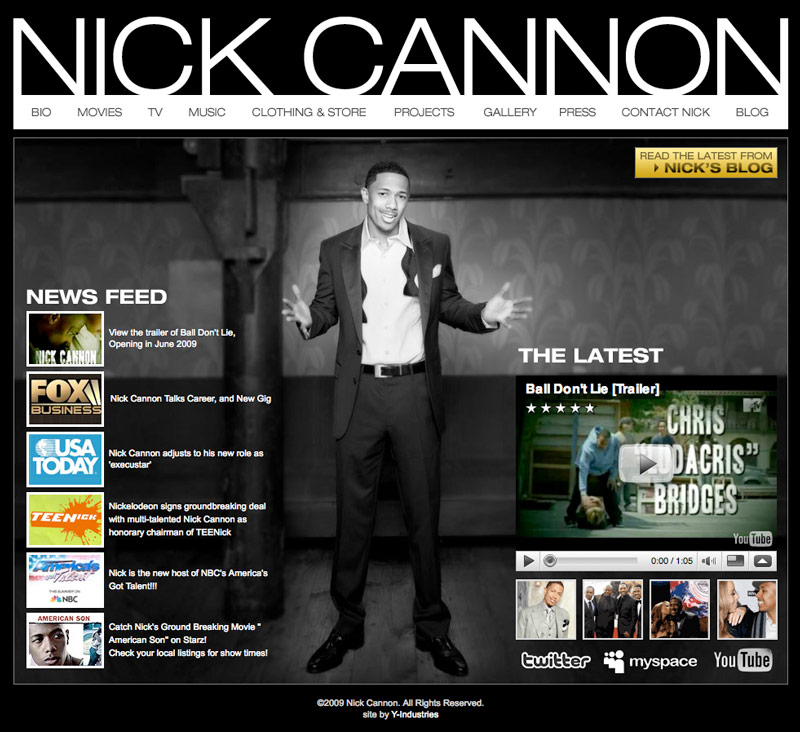 As the primary site for entertainer Nick Cannon, this had to cover all the avenues of which he was involved with from movies to TV to music and more.   The goal was to marry classic Hollywood with young Hollywood with a masculine design.  The site featured loads of media content, a store and a custom blog powered by WordPress. 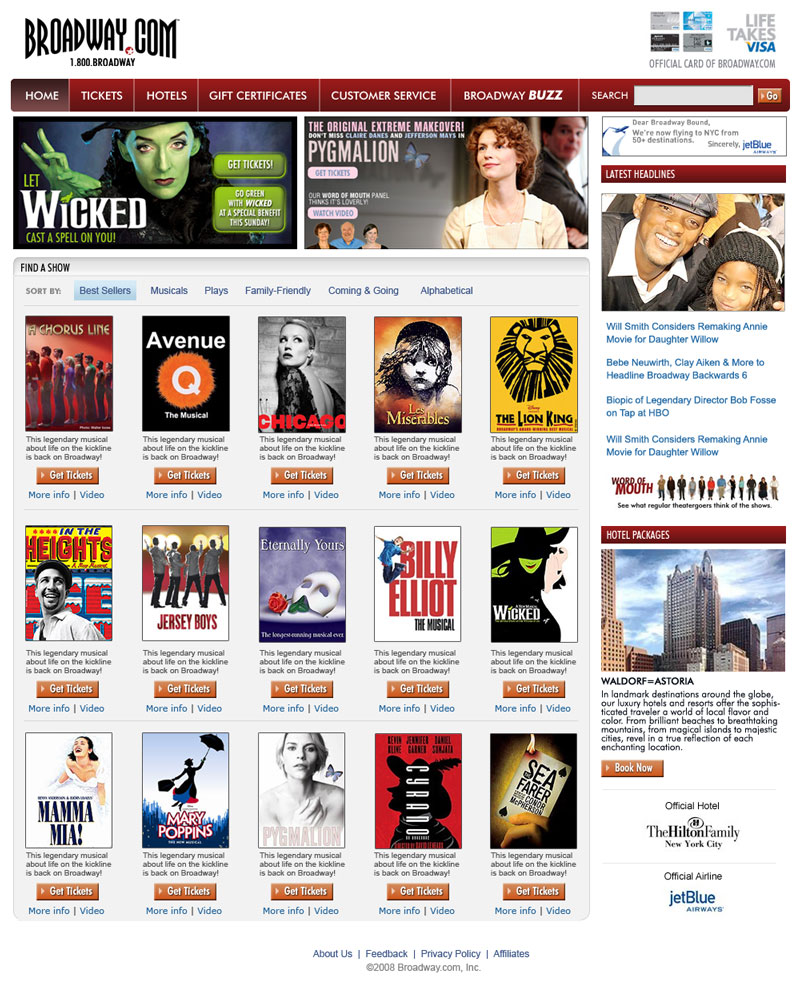 Broadway.com is a leading theater website, complete with full editorial content, sales of tickets to every show and hotel booking options.  From inception until April 2008, Jeremy Yuricek oversaw the creative production the large site including both editorial and transactional elements.  It is now a $100m business that was included twice in Forbes Best of the Web lists and also Entertainment Weekly's Top 25 Entertainment Sites on the web.

The actions were filmed on a green screen, composited in After Effects and the entire game built in Flash.